Some partially exempt businesses have had their income massively impacted by COVID meaning that when they come to carry out their Partial Exemption calculation or Capital Goods Scheme adjustment, the figures for the 2020/21 year are massively distorted and do not reflect the true use of their inputs.

An example partially exempt businesses could be a business that rents out an opted property but has had no rental income due to having to close during the lockdown, or a theatre that actually has negative income after having to refund 12 months’ worth of show tickets.

HMRC have published a brief advising that there will be an accelerated process for affected businesses to request temporary alterations to their Partial Exemption Methods.

Where a business uses the standard, turnover based method, HMRC suggests considering the Standard Method Override in the first instance. Where that is not appropriate, HMRC can be contacted to agree to a temporary special method. Suggested calculations include basing the apportionment on last year’s figure, or an average of the last 3 years. A dedicated email address has been set up for dealing with those applications in order that they can be given priority.

Key measures from the budget on 3rd March include:

Three papers have been published in relation to the implementation of the new payment regime which comes into effect for VAT Returns starting after 31 March 2022. Under the new rules, businesses will be given points for late returns and penalties will be based on the number of points accrued.

Businesses which have chosen to account for import VAT using Postponed Import VAT Accounting should be able to download a monthly statement from HMRC via their Government Gateway account.

There have been numerous issues with this service including:

HMRC have updated their guidance to show that businesses can estimate the amount of import VAT to account for if they cannot get the information from HMRC.

If you have any issues with Postponed VAT Accounting and statements, let me know so I can feed back to HMRC via the VAT Practitioners’ Group.

£20 million has been invested into an SME support scheme allowing businesses to apply for grants of up to £2,000 to help with training in relation to post Brexit cross border supplies of goods.

When making a 13th Directive claim to recover VAT incurred in an EU country, a business will need to provide confirmation that they are trading in the UK.   HMRC have issued updated guidance as to how to obtain a Certificate of Status should it be required.

The long running case of Newscorp has now been heard by the Court of Appeal which has agreed with HMRC that the sale of online publications should have been standard rated. The Upper Tribunal had found for Newscorp that they were zero rated.   Newscorp has sought permission to appeal to the Supreme Court so this may net yet be the final answer.   It should be noted that this only considers supplies made before 1 May 2020. After that date, the legislation changed to make e-publications zero rated.

The time limit for notifying HMRC of an option to tax is generally 30 days. Due to the difficulties and delays caused by COVID, this was extended to 90 days. The 90 day period will now apply to decisions made between 15 February 2020 and 30 June 2021.

As an anti-fraud measure, changes have been announced to the reverse charge on emissions allowances. The changes take effect from 1 May 2021.

Read about the changes

Transitional guidance has been published explaining how to deal with certain cross border supplies of financial services which span the end of the Brexit Transition period. 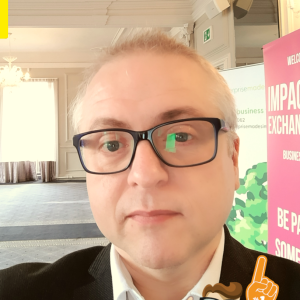 >
Get in touch
How can we help you>

I was lucky enough to receive European Regional Development Fund (ERDF) grant funding via Tees Valley Combined Authority to help with my new website.  I

Further Education Institutions HMRC has released a brief about the VAT treatment of public funds received by further education institutions. The brief follows the Upper Tier

What is the VAT Tax Point Date? The tax point date for a supply is the date the item is bought or sold from a

How we can help you with your VAT?
VAT Services
Menu